What is a Makeup Train Case?

What is a train case?

The makeup train case was a type of trunk commonly used for makeup while traveling by train. It is usually square or rectangular in shape, with partitions and compartments inside to organize your toiletries and cosmetics.

Let’s find out more about these cases.

Definition of a MakeUp Train Case: What is a Train Case?

These cute little trunks are called train cases as they were used basically for toilet articles and necessities when traveling by train during the early to middle 1900s. The original design in mind was for carrying toiletries in a small box-like compartment easily transportable while traveling by train.

The train case cosmetic bag was originally conceptualized with a mirror on the inside of the lid, and at the bottom of the luggage compartment was a large space for bigger items. An insert with smaller compartments was placed on top for smaller items that you would want to have quick access to.

When the lid was closed, it would enclose everything in a neat square little trunk with a carry handle on top. 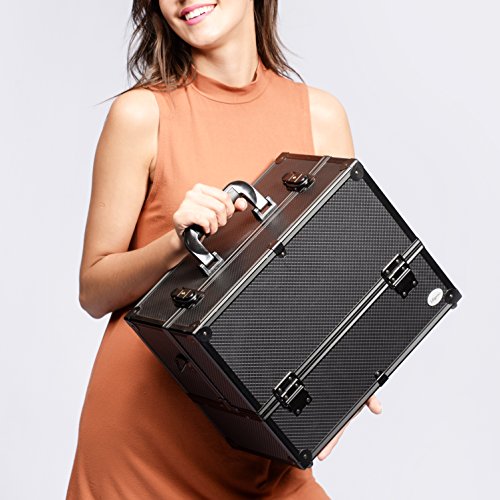 Why is it Called A Train Case?

The train case was invented when trains were a major way of traveling in the early 20th century.

When the train case was designed, they had the train traveling ladies of the 1940 and 50s in mind, to have all her toiletries close at hand and in one convenient container.

These days, train cases are used commonly for makeup and cosmetics, both for storage and transportation when one needs to be mobile.

A Brief History of the Train Case

Since ancient times humans made containers to keep their valuables and trinkets together in one place. Over the years, people designed and made little jewelry boxes and cosmetic containers where they kept their items safe.

Humans are natural gatherers and collectors, so it makes sense that they made containers to keep everything in one place. As humans began to get smarter and new technology was developed, the containers to carry our stuff in also evolved and became more advanced.

The need to have something to carry items in became even more necessary when people started to explore outlying and far reaching-countries. Wooden boxes were used by the early settlers to carry and protect their things. 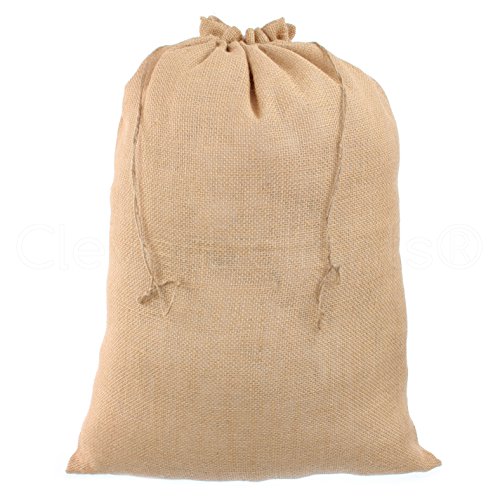 When Did Train Cases Start to be Used?

With the dawn of train travel, the need for containers for cosmetic items and toiletries became apparent. The train case first came into use as a toiletry trunk in 1948 by women who were traveling by train.

As the train became the major long-distance overland traveling method, the need for a convenient carry case with the necessary toiletries kept separate from the rest of the luggage was born. The makeup train case came into existence and was included as part of the luggage set of suitcases. 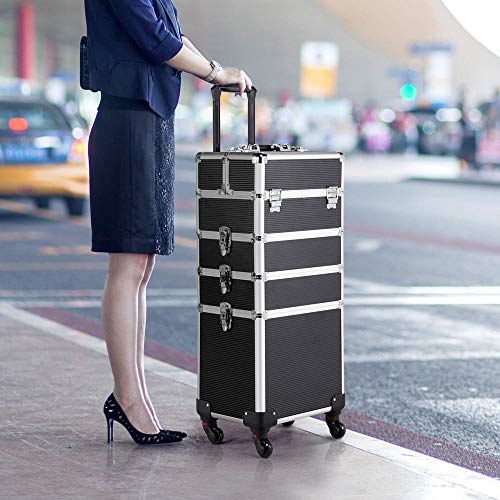 What are Train Cases Used For?

As time passed, the cute little trunks called train cases caught the eye of many other tradesmen and women. Eventually, the train case became the cosmetic case.

Since cosmetic train cases came into existence, they were used by not only women for their cosmetic and toiletry needs, even referred to as toiletry train cases; they also made their way into all imaginable industries. From woodworkers to leather craftsmen to modern-day electronic hobbyists and professionals alike.

Fishermen fell in love with the idea, and a fishing case came into existence using the train case design.

Toolboxes for craftsmen started to mimic the train case design along the line. The previous design became a handy little trunk to keep everything conveniently in one place and at hand.

The old familiar train case was used just as it was for many other purposes. Fishermen used it for fishing gear. Seamstresses started using it for their tools and cotton reels. Many travelers even used it for their convenient coffee cases. And so these little train cases found their way into many industrial uses. 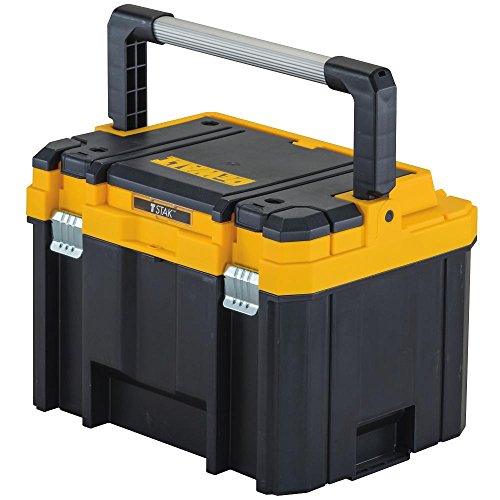 What are They Used For?

They are used for basically anything you can put in it for safekeeping and to be conveniently at hand. Anybody may use it for their specific needs.

These days different materials are used to make modern train cases, from lightweight aluminum to plastic and leather cases. They are designed in classical styles to adventurous styles and shapes to practical designs.

The designer train case of modern times comes in many forms. You will find them in attractive, stylish designs or practical, robust shapes. 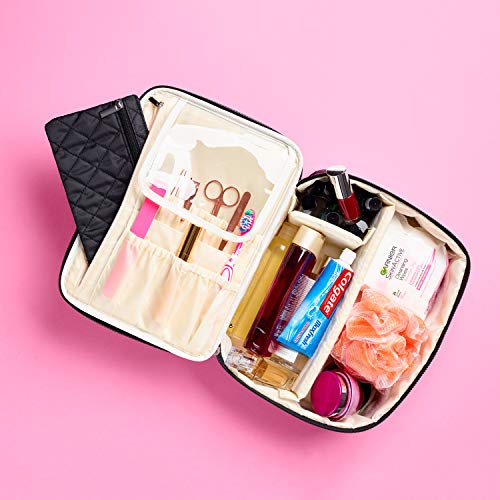 The cute makeup train case of today can be found in a makeup parlor or bathrooms and on vanity cupboards. You will find it on movie sets with professional makeup artists.

Makeup enthusiasts and professionals alike will carry around a train case in different shapes and colors, and some of them will even be pulled around on wheels. The simple and plain train case evolved into a modern, sophisticated makeup train of today. A rolling makeup train case is ideal when you want to take a carry-on bag on a plane with you. They are specially designed makeup train cases for modern-age jet setters.

Today’s makeup train cases do not just have compartments and an assortment of partitions in the luggage part. Now even the lid is designed with small partitions all around the mirror for easily accessible items.

These modern train cases are very practical and indeed a good investment for accessible storage and organization for toiletries and cosmetics.

If you have something to put in them, whether for professional use or just about anything you want to put in it, they are.

Today, it still is a very convenient and handy item to have around for modern travelers and professional users alike.

We hope we helped you learn a little something about the handy makeup train case’s history and characteristics!

What Moisturizer Should I Use With Retin A: Breaking It Down

Why Use Eye Primer for Mature Skin?

What To Pack For A Beach Resort Vacation

Best Toiletry Bag for Carry On

How to Organize a Purse Without Pockets