Green Nails from Fake Nails – Why is my nail green after fake nails? 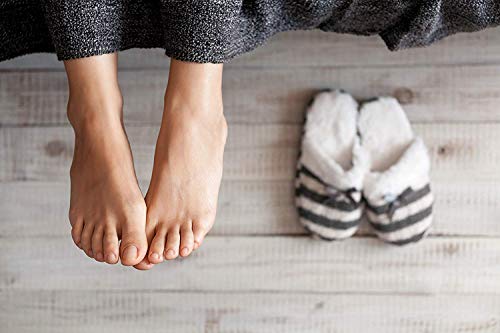 Why is my nail green?

Green nails, also called greenies, are caused by pseudomonas.  Pseudomonas is a type of bacterial infection that is common in areas that are very moist or wet.  If you remove your artificial nails to reveal a green color, it likely means that the fake nail had lifted and allowed water to get trapped beneath it.

Green spots on nails are more common on individuals who spend a lot of time with their hands in the water.  This can increase the chances of water and bacteria getting under the fake nail and leading to pseudomonas.  Thankfully, this condition does not occur in all individuals who wear fake nails and work with water, since in most cases the nail plate and nail bed are not a good host for the bacteria to grow.  However, sometimes the conditions in these areas are just right for bacteria to begin growing.

Green nails can even occur without the use of fake nails.  The green color is not mold, it is the pseudomonas bacteria.  If the skin beneath the natural nail is compromised in some way, it can allow the bacteria to grow.

Product prices and availability are accurate as of the date/time indicated and are subject to change. Any price and availability information displayed on [relevant Amazon Site(s), as applicable] at the time of purchase will apply to the purchase of this product.

Prices pulled from the Amazon Product Advertising API on:

Why is my nail green after fake nails?

As we shared above, if you notice a green spot under fingernail after removing your fake nails, the pseudomonas bacteria is likely to blame.  What looks like green fungus under acrylic nails is actually the bacteria.  It could get there from using nail tools that aren’t clean enough or from bacteria and water getting trapped under the artificial nail.

When you have artificial nails covering your natural nail, it creates optimal growing conditions for bacteria.  In the nearly oxygen-free space, the bacteria can consume the oils on your skin and then will excrete the dark green substance that leads to green nails from fake nails.

If you’re worried about nail green after fake nails, take a breath and don’t worry too much.  We’ll share some steps below to help you address your concerns and bring your nails back to their natural healthy color.

What are green nails from fake nails?

Green nails from fake nails are also referred to as green nail syndrome, the greenies nail, or chloronychia.  It is an infection that causes the nail to become discolored.  The discoloration may be different shades of green, such as dark green, blue-green, or light green.

This condition is caused by the pseudomonas aeruginosa bacteria, more commonly referred to as just pseudomonas.  The bacteria is more likely to be found in wet areas, especially sinks, hot tubs, and contact lens solution.  If your fake nail is lifting, even slightly, the bacteria can find its way between the fake nail and the real nail.

While the green color may look like a fungus under artificial nails, it is really an infection under acrylic nail.

Individuals are more likely to experience green fingernails if they have a condition called onycholysis.  With this condition, the natural nail becomes detached from the nail bed, which breaks down the waterproof seal.  Another factor that can put individuals at greater risk for their fingernails turning green is dealing with a lot of nail trauma.  Individuals who use their hands a lot for their job, such as plumbers and janitors, or those who pick and poke at their nails could develop green nail syndrome.  Submerging your nails in water multiple times a day, such as when doing dishes or washing hands repeatedly, could also increase your odds of dealing with green nail syndrome.

How to Get Rid of Green Nails

The first question people normally ask when seeing a green nail bed is “how do you get rid of green nails?”

There are a number of different treatment options to consider.  We’ll outline a few of them below, but be sure to check with your doctor to confirm the best course of action for your specific needs.

How to Get Rid of Green Nails After False Nails

Ready to learn how to get rid of green nail syndrome?  We’ll share a few different treatment options you can try.  However, as we shared above, checking with your doctor before trying any treatment is always a good idea.

Before trying any of the treatments below, you should remove your fake nail.  Regardless of which treatment method you choose, it is also essential that you keep the nail dry.  Moisture and wetness will just lead the pseudomonas bacteria to spread, which can make the green spot bigger.  You also should not have fake nails reapplied until the green nail syndrome has completely disappeared.

How to get rid of green spot under acrylic nail?

In many cases, simply following the advice above and keeping your nails dry will be enough to clear up green nail syndrome.  When the nail is dry and there isn’t moisture, the bacteria can’t survive.  The green spot on the nail is a stain, so it will stick around until it grows out.  But the bacteria that caused the stain will die. 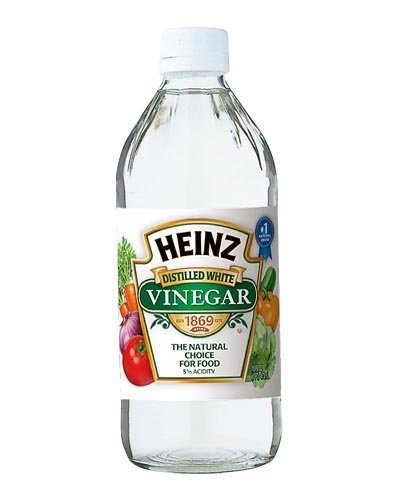 Over the Counter Treatments

In addition to the treatments listed above, there are a few treatments you may try to get rid of green nails.

As we shared above, green nails will often resolve themselves without any treatment.  However, if you don’t notice improvement, you can try some over the counter treatments.  We’ve compiled a list of a few different products you may want to consider:

In some cases, home remedies and over the counter treatments won’t be effective for clearing up green nail syndrome.  If you have tried a few different treatment options and your green nails are not clearing up or appear to be getting worse, schedule an appointment with your doctor.  They will perform an exam and work with you to determine the best course of action.

If you’ve tried other treatments that haven’t been successful, your doctor may determine that removing the nail is the best option.  They’ll likely prescribe ciprofloxacin or another oral antibiotic in these cases.

Product prices and availability are accurate as of the date/time indicated and are subject to change. Any price and availability information displayed on [relevant Amazon Site(s), as applicable] at the time of purchase will apply to the purchase of this product.

Prices pulled from the Amazon Product Advertising API on:

How to Remove an Infected Acrylic Nail

If you are worried that you have an infection under an acrylic nail, you should work to remove it carefully.  If the nail seems stuck or doesn’t want to come off, visiting a doctor or nail professional is advisable to prevent damage to your natural nail.

Can I paint over green nails?

You can paint over green nails, but should not do so until you have treated the fungus.  The green color that remains on the nail is a stain from the fungus.  It will remain on the nail until it has grown out.  If you don’t paint over the nail, or in between manicures, you can trim the nail back to slowly remove the green parts that grow out.

Learning more about artificial nails and how to take care of your real nails can help ensure your nails stay healthy.  Hopefully you’ve gained some new information about the cause of green nail fungus from artificial nails and what you can do to remedy the problem.  Seeing fungus under fake nails is certainly not a pleasant sight. But following the steps we outlined can help you get rid of the fungus and keep it from returning.

Here are more nail related posts on the blog:

How to Tell if You Have Product Buildup in Hair

Sculpted Nails: Are Sculpted or Acrylic Nails Right for You?

Why Do My Polygel Nails Pop Off and How Do I Stop It?

Broken Nail Under Acrylic – What Do You Do When Your Acrylic Nail Breaks and Bleeds?